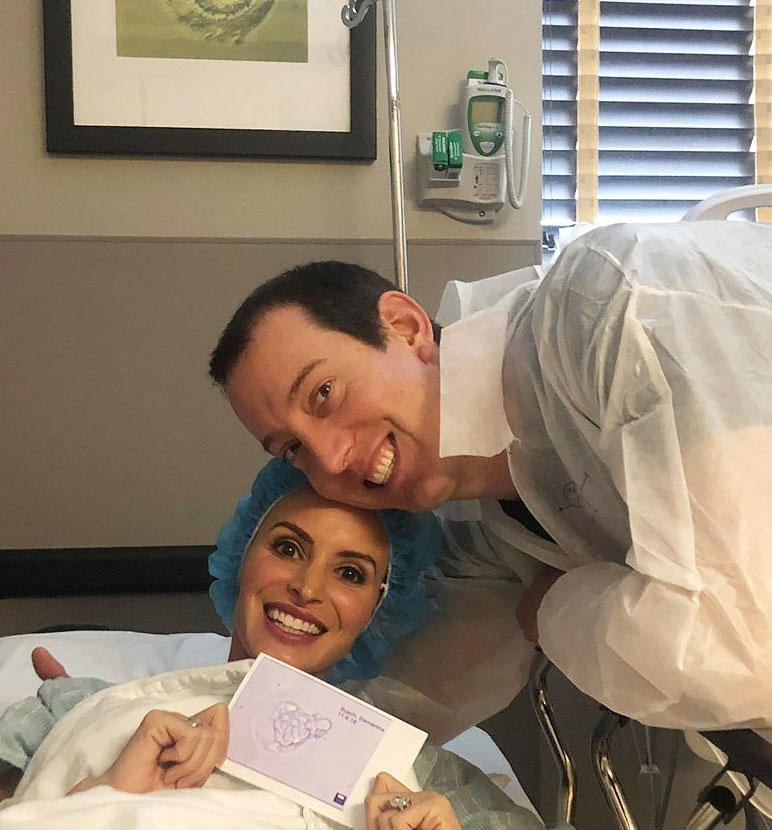 While Kyle Busch and wife Samantha continue to work out their feelings over suffering a miscarriage after IVF, they’re committed to sharing their story.

It was looking like it would be a joyous holiday season this year for NASCAR driver Kyle Busch and his wife Samantha. After a series of fertility treatments that she shared with fans on social media, the couple announced on Thanksgiving that they were not only expecting their second child, but it was going to be a little girl.

Samantha had even picked out and printed Christmas cards that included a picture of her and Busch’s son Brexton Locke, 3½, proudly wearing his big brother shirt. She was eager to mail them out to family and friends to share the good news.

Everything was going to be perfect. And then, suddenly, it wasn’t.

On Nov. 30 — just eight days later — Samantha shared a video on Instagram telling her and Busch’s fans the devastating news that they had lost their baby as a result of a miscarriage. As tears rolled down her cheeks, she emotionally told the story that so many women are forced to tell when they go through the loss of a pregnancy.

“I still haven’t watched the video I posted that day,” she tells PEOPLE now in an exclusive interview about the harrowing experience. “I don’t think I will ever want to watch it.”

Donate to The Bundle of Joy Fund

Tweets by bundleofjoyfund
Go to Top